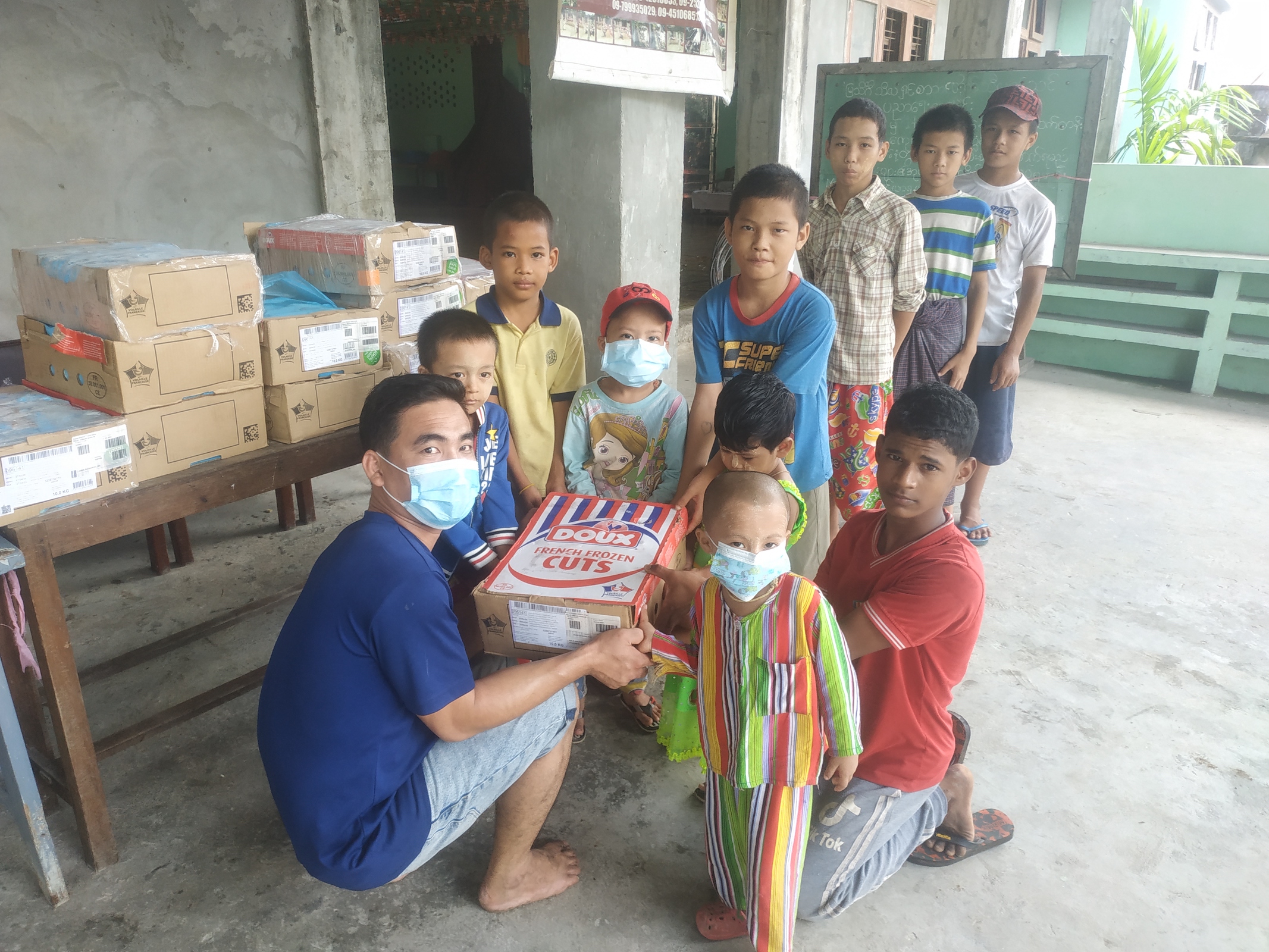 Kayah state, LOIKAW,- over the weekend near Demawso township’s Kone Thar and Thaysulei villages, around 30 houses in the two villages were destroyed  by fire.  “The enemy suffered at least 10 [deaths] and they set fire to the houses in the villages.”

Local reports said more than 10,000 people on the run into forest & mountains near Loikaw,- who live in the vicinity of the two villages were forced to flee into the mountains as the military fired heavy artillery shells during the fighting. One woman to ld RFA that those who fled the fighting are having difficulty finding food and shelter.27.9.2021 Myanmar faces humanitarian crisis with about 3 million people requiring assistance: UNRead more At:https://www.aninews.in/news/world/asia/myanmar-faces-humanitarian-crisis-with-about-3-million-people-requiring-assistance-un20210928050840/

At least 15 government troops were killed while fighting Kachin rebels in the area, sources say.2021-09-27
Tweet

Myanmar’s military launched airstrikes on villages in northwestern Sagaing region as clashes with anti-junta joint forces intensified over the weekend, leaving at least 15 government troops dead and causing thousands of civilians to flee their homes to safety, sources said Monday.

Sources said that following the strikes, PDF members urged residents of Wun Bair Inn village, the scene of the firefight, to dig bomb shelters and leave the conflict zone, if possible.

A resident of Katha township, who spoke on condition of anonymity, told RFA that the military had also ordered thousands of people to depart the area, which lies some 180 kilometers (110 miles) east of Pinlebu.

“In Pinlebu, people were ordered to evacuate to a certain site and the army said they would not take responsibility for those who did not do so—there must be about 3,000 people involved,” the resident said.

“There are eight or nine villages about a mile away from each other near the scene of the fighting. People were terrified because there were airstrikes recently. Many of the residents are very simple people—some have never even seen a train or a boat before.”

He said the military had been checking all traffic heading towards nearby Kawlin township on Monday.

Cars leaving Kanbalu township around noon on Sunday were stopped by soldiers for about three hours and some were commandeered to take the wounded to Kanbalu Hospital, residents said.

Myanmar’s shadow National Unity Government (NUG) said in a statement Monday that at least 15 junta soldiers were killed during clashes near Pinlebu’s Sar Taungbon village on Sept. 24 between the military and local PDF groups, and that government weapons and ammunition were seized.

RFA was not immediately able to confirm the number of casualties. Attempts to contact KIA spokesman Colonel Naw Bu by telephone went unanswered on Monday.

Residents of the area said telephone lines and the internet were cut off in Pinlebu, Kawlin and Wuntho townships early on Sunday, ahead of the airstrikes. The three townships joined 25 others across the country that have had the internet blocked after they were the center of anti-junta activities.

Myanmar’s military has attempted to justify its overthrow of the democratically elected National League for Democracy (NLD) government by claiming the party had stolen the country’s November 2020 ballot through voter fraud.

The junta has yet to provide evidence of its claims and has violently repressed anti-coup protests, killing at least 1,136 people and arresting 6,850 others, according to the Bangkok-based Assistance Association for Political Prisoners (AAPP).

On Sept. 7, the NUG declared a nationwide state of emergency and called for open rebellion against junta rule, prompting an escalation of attacks on military targets by various allied pro-democracy militias and ethnic armed groups.

Many EAOs have been fighting against Myanmar’s military for the more than 70 years since the country’s 1948 independence. In the aftermath of this year’s coup, several groups have thrown their support behind anti-junta resistance fighters, while others are joining forces with the local PDF branches to fight the military.Joint PDF forces on patrol in Kayah state’s Demoso township, in an undated photo. Loikaw PDFKayah state clashes

Fierce fighting also broke out between junta troops and the Karenni National Defense Force (KNDF) militia in Kayah state over the weekend near Demawso township’s Kone Thar and Thaysulei villages, according to KDNF sources.

The KNDF said two of its men were killed in the fighting and that around 30 houses in the two villages were destroyed by fire.

“On the first day, one was killed on our side and on Sunday, another comrade fell,” said a KNDF official who declined to be named.

“The enemy suffered at least 10 [deaths] and they set fire to the houses in the villages.”

Local reports said more than 10,000 people who live in the vicinity of the two villages were forced to flee into the mountains as the military fired heavy artillery shells during the fighting.

One woman told RFA that those who fled the fighting are having difficulty finding food and shelter.

“At around 9:00 a.m. on Saturday, when the military started firing heavy weapons, our houses were all shaken,” she said.

“Afterwards, the whole village fled. We took some clothes, rice, oil and salt and fled by boat. The ground in the jungle is muddy because of heavy rains and we were unable to sleep because the plastic sheets we used for cover couldn’t withstand the downpour.”

Help our organization by donating today! All donations go directly to making a difference for our cause.

YOU can make a difference with just 1 Euro we can feed a family a whole day in Myanmar.

YOU can bring a future, hope and smiles to young Myanmar`s ” Generation Z “. With your Donation you help building Myanmar`s Future